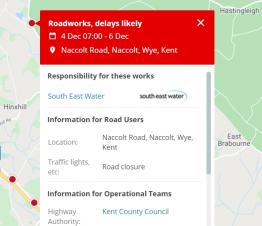 Southeast Water has closed Naccolt Road near the former brickworks for emergency repair work on a burst 3" water main. Diversion signs are in place. The road closure notice runs from Wednesday 4th December to the Friday 6th December. This repair is in addition to the closure of Blackwall Lane for surface repairs, and planned gully cleansing maintenance work. KCC has scheduled for the same three days... Read More » 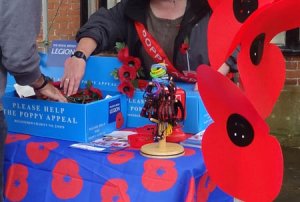 Thanks to the generosity of everyone involved, Wye and District raised a total of £6,860.60 for the 2016 Poppy Appeal, during the year to the end of September. Yesterday, 40 volunteers started collecting door-to door for the 2017 Poppy Appeal.

The record sum raised in 2016 reflects the strong local support and combined donations of thousands of residents, and all the people who host collection... Read More »